My 4 Day Cash Machine experiment has run its full course and I’ve got the results.

Much to my disappointment, Frank Kern’s 4 Day Cash Machine is not magic (my results might have been better if I had implemented it like this!) The cold, dead, untargeted list I used it on did not suddenly start beating new life and buying products as fast as I could process the payments. But, there were some surprises that give me confidence that it will be useful in the future when I am better prepared to take advantage of it. (My list building efforts are underway!)

Download The Exact Email Sequence That Generated $8260.51 in 5 Days…

Before I give you my detailed assessment of the 4 Day Cash Machine in action, let me break down my results.

My Evaluation of the Results

While I was disappointed not to make any sales with this promotion, I was not surprised by the result. This was a very cold list that hadn’t heard from me in many months and wasn’t particularly responsive in the first place. The vast majority of the names had come from JV Giveaway events where everyone is signing up for dozens of lists in order to get freebies. A significant portion of the names you get during these events are either temporary accounts setup for the event, or secondary accounts that don’t get checked very often (and usually just mass deleted.)

I was braced for massive unsubscribe rates with every email. This list was full of people who probably had no idea how they ever got connected with me. Before I even said hello, I hit them with a bunch of sales pitches. I was sure the number of unsubscribes would climb with each mailing (specially the last one with a ‘FINAL NOTICE’ subject line), but that didn’t happen. As a matter of fact, the unsubscribe rates went down over the course of 4 days. I’m confident that a promotion like this will not have much negative effect on my list sizes (I always worry that intense promotions will scare off the subscribers, but that doesn’t seem to be an issue. Other markets may have different results.)

The other thing I noticed was that the page views for the sales page tracked with the first and last mailing. I got a couple after the initial mailing in the promotion (as one would expect) and then the rest came on day 4 after the ‘FINAL NOTICE’ email went out. This demonstrates that the urgency created by the promotion’s deadline does have an effect on response rates.

I think that the ‘4 Day Cash Machine‘ approach would generate a spike of sales in a well targeted and maintained list. The persuasion tactics employed are founded in the fundamental principles of human decision making – a reason why, urgency, scarcity. The materials provided would certainly help to assemble one of these promotions quickly and the training provided helps you to resist the urge to ‘fiddle and fine-tune’ the promotion and just get it done.

Since first learning the details of this promotional strategy, I discovered someone doing an amazing version of the process. He automates everything (so each new visitor gets their own unique ‘mini promotion’) and ties in some powerful tactics to amplify the psychological tactics used. Check out this video – it explains the whole process in detail.

The sample webpage content I got from Frank Kern was provided in HTML and was relatively easy to modify. The sample emails, however, were provided in a PDF file. That made them a real pain to cut and paste. I wish they had come in a simple text file – I have them that way on my hard drive for future promotions.

If you have any specific questions about my experiment with ‘4 Day Cash Machine’, leave a comment below and I’ll post a reply.

If you are listening to the podcast version of this article, please visit us on the web at: www dot go to guy enterprises dot com. 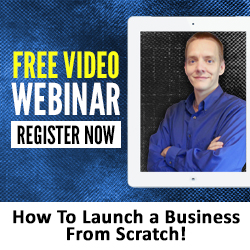 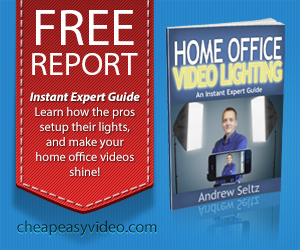 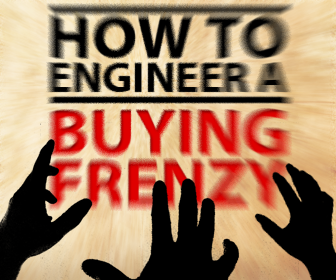